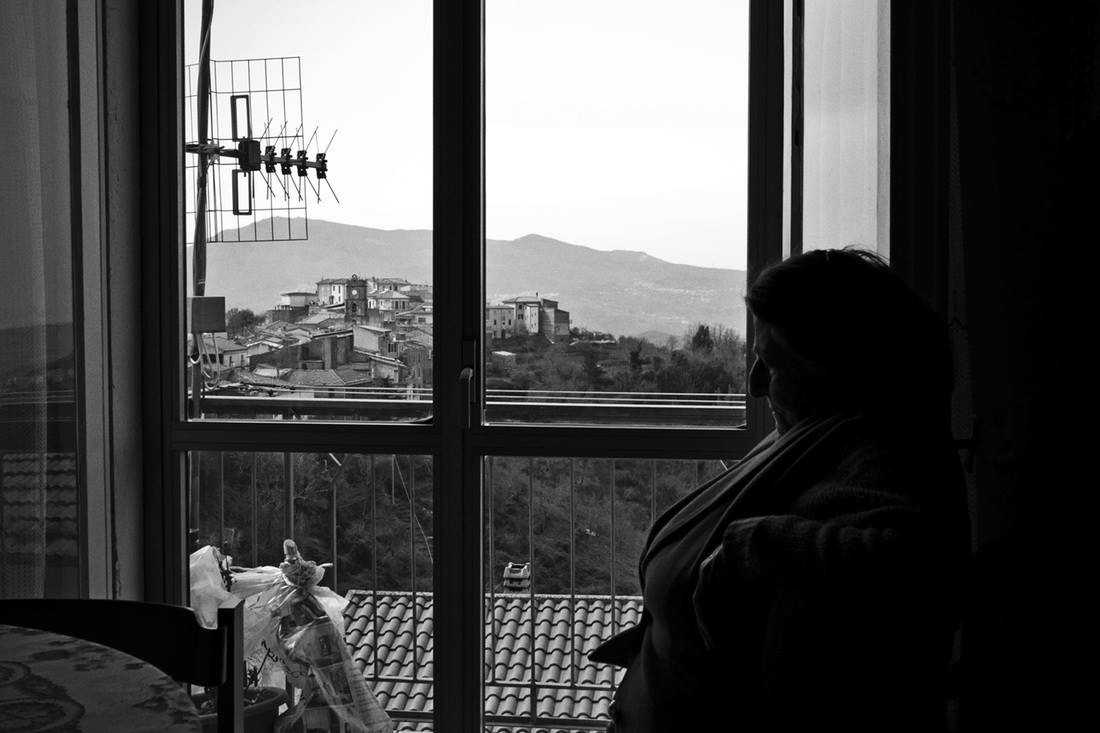 PORTRAITS. THE SOLITUDE OF A COUNTRY…

The photo is taken from the project: “The solitude of a country” by Amedeo Petrocchi.

All the images that are part of it, are strongly linked to the title chosen by the author.

Of all of them, I focused my attention on this gash.

An architectural and temporal gash, in which, I see the passage of time and the materialization of human thoughts, almost like a cartoon.

The old woman, sitting at the side of the balcony and looks, it would seem sadly, that country that has always been her microcosm and that she has seen change over time, while always remaining the same.

It is a look that seems made of silent words.

Perhaps, she thinks of those alleys that once saw her running and that today represent an insurmountable obstacle.

Perhaps, she thinks of the serene and simple life of the rural civilization of our ancestors to which it has always belonged and of which it is an extraordinary witness.

Perhaps, she thinks of the vitality that reigned in that village, that today, become sleepy, almost dying.

Perhaps, she only hopes that the drugs she takes will make her feel better.

Maybe, she doesn’t think about anything.

You can see the surrounding lands, once cultivated in every single clod, today, Mediterranean scrub. In the background, the harsh beauty of the Cilento’s hills, on which, like a manger, sprout the houses of neighboring towns, always, far away.

In the tangle of houses stands the Bell Tower of the Church. Once, its chimes, were a sign that another harrowing day of work in the fields could be said to have ended.

On the left side of the image, a new antenna, for the television, bursts with all its grayness. Indispensable to make that TV work, which become a precious company.

A bed, a renovated roof, a vase of flowers, an antenna, an ancient village, indefinable thoughts … all in black and white … … all in solitude.