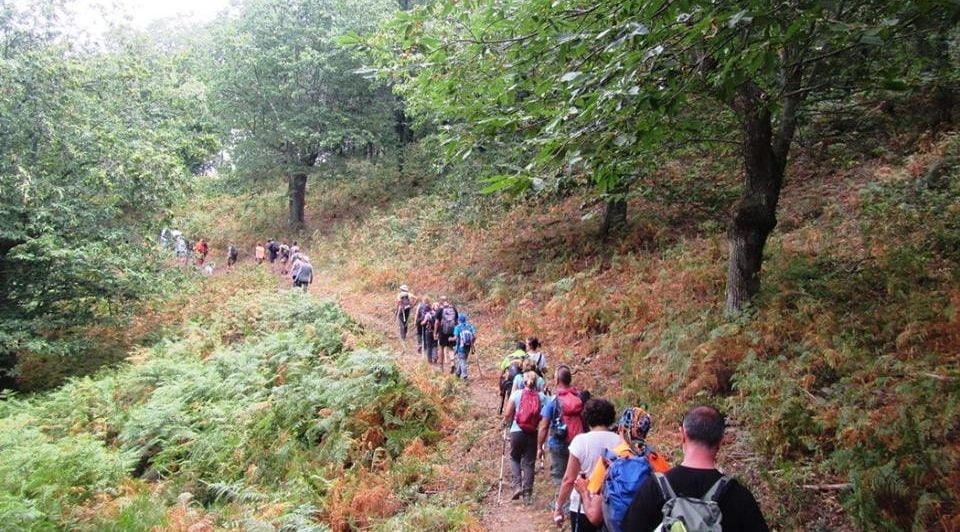 From the middle of the XV century, in Stio, in the National Park of Cilento Vallo di Diano and Alburni, on the hills surrounding the current chapel of S. Maria, the “fair of Santa Maria della Croce was held for hundreds of years “;

Many documents of the Aragonese Chancellery of Naples, attest that this “fair” had become, in the 1400s, the fulcrum of the silk trade that came from the East. Then it turned into a market where Cilentans could buy farm animals, clothes and accessories that they could hardly buy in small countries.

Thats why there were roads that connected the neighboring countries to Stio, routes once traveled on foot or on mules, both by those who traded and by those who went to the fair to buy.

In modern times, the new roads and the different means of transport have erased these streets making them swallow up the Mediterranean scrub.

This until two dreamers, Giuseppe Gargano and Davide Capozzoli together with their associations “Geo Trek Paestum” and “Off Limits Gioi“, for the love of the territory, traditions and history, reopened the municipal road that from Gioi connected Stio first, then those that linked Stio to Perito and Orria.

Here is recovered an itinerary that has the flavor of the history of the historic communities of Cilento, a precious connection that brings together ancient alliances, ancient kingdoms that today can be lived, setting aside the bell towers, as a single experience so many are the beauties contained in them.

For now the appointment is on September 1st at the Fair, we hope that in the future it will be kept clean so that it can be used throughout the year. I admire those young people of Cilento who dream of living in this area and who have ambitious VISIONS. There is so much to do in Cilento and Cilento’s are happy to support them.