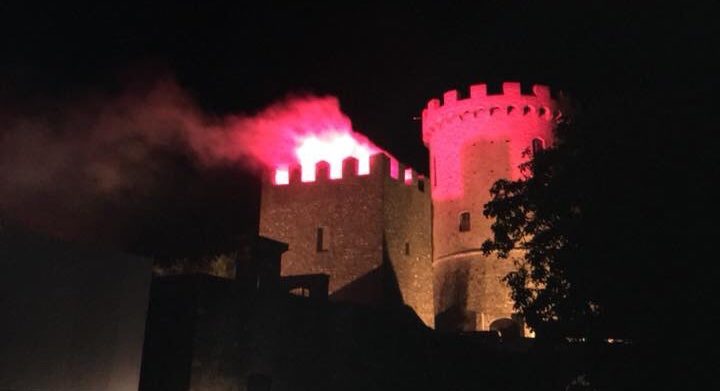 Once upon a time … “cunti”, rides, flavors and songs “

Towards the end of AUGUST the Castle of Castelnuovo Cilento (SA), a few minutes from the wonderful Cilento coast, will transport us to a fairytale dimension, or rather that of the “ancient cunti”, which know of kings, queens and knights, but also of clever servants, fairies witches and talking animals.

Castrum Novum is an event, whose purpose is to promote knowledge, preservation and enhancement of the most ancient traditions of the Cilento, in terms of history, story, but also festivity, music and food and wine.

In all of the three days, the Castle will be set up as a medieval market that will have protagonists the products of the territory, in the three days of the event cultural events, shows, music and singing.

Here is the program:

In the afternoon, cultural event.

In the evening, in the inner space of the Castle, a show dedicated to children and adults.

“Antichi cunti” set in the Cilento, which intersect with old “cunti” (nursery rhymes) that grandparents used sing to put their grandchildren to sleep, all accompanied by music and folk dances

In the early evening, in the inner space of the castle, the Peace Prize is awarded with the presence of the Mayor Eros Lamaida.

In the evening, a show dedicated to children and adults:

Neapolitan anthology in verse, prose, music and dance “a fascinating journey of memory among the most beautiful Neapolitan classical melodies, poetry, theater and dance.

In the early evening, through the streets of Castelnuovo Cilento, Historical parade of horses and knights, archers (The foxes of Cilento), as well as of the noble representatives of the Contradas of Castelnuovo

In the evening in the Sports Field the Giostra del Carusiello with the Knights of the White Parchment, for the Grande Palio della Torre 2019