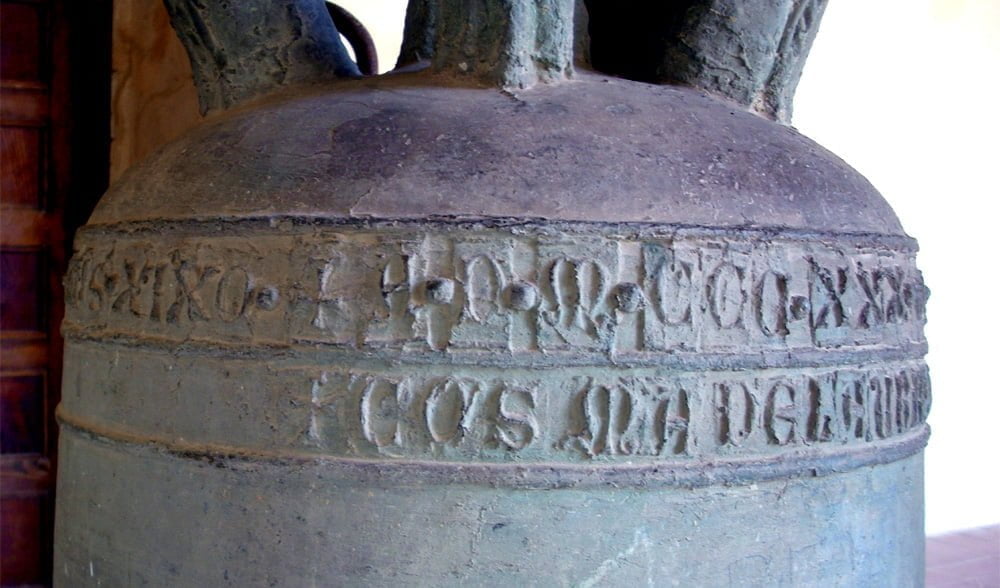 “The bell of the small church of S. Biagio, near the north-west tower, made its tolling, the one of the bell tower of All Saints, in the heart of the town, responded by festively modulating the tones. It was noon, the bells announced it to the people, making the vibrant sound of bronze arrive far away.

The message arrived clearly to the craftsman who modeled the wood or iron in the shop, to the farmer who, away in the fields, was urging his oxen, to the housewife, who had already put the “tiano” of terracotta emanating the unmistakable scent of sauce. But no one moved to take himself to the deserved and desired rest; they all looked forward to another signal, the important, decisive one.

That arrived, punctually and imperiously. The great bell of Santa Maria Maggiore, high up there where the town touched the apex of its monumental structure undulated rhythmically, the “hammer” struck the bronze with force, and the chimes spread with their unmistakably “cracked” sound every corner of the great valley; then, farther and farther between the throats of Monte Cavallo, where the solitary shepherd lived his time.

Only then did the craftsman put the tools away, the farmer rose from the tiring work of the fields, the shepherd opened the worn saddlebag and took out his frugal meal; everyone proceeded, as he could, to dine”.