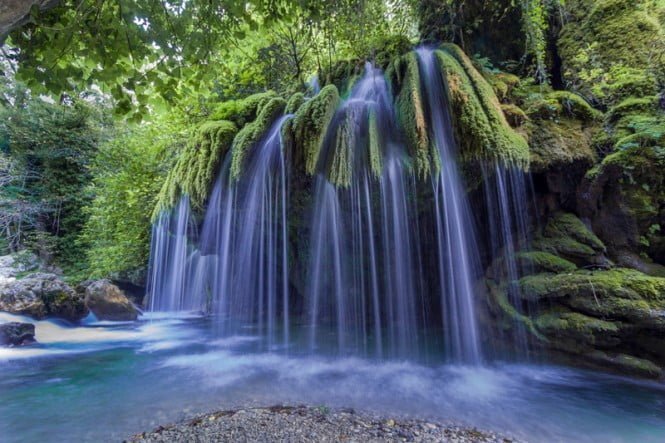 10 THINGS TO SEE AND LIVE IN CILENTO

A holiday in Cilento does not only mean enjoying the sea, the beaches and the coasts the best in Italy, but it means giving yourself a holiday full of things to discover.  I am amazed every day by the variety of landscapes, the blue of the sea, ancient history, the villages that you can explore.  You can move from the coast to the mountain in an hour or so.  So in addition to sunbathing and swimming in the beautiful sea of Cilento, you need to put at least 10 things you shouldn’t miss in your program.

THE SEA OF CILENTO

The Cilento sea is among the most beautiful in Italy and it is not an opinion, but a fact.  Also this year, in fact, the “certificate” issued by the Foundation for Environmental Development, which certifies the achievement of environmental parameters and good practices for the protection of the sea and the ecosystem, has rewarded Cilento.

In fact, fourteen communes of the Cilento and Vallo di Diano National Park have been awarded of the Blue Flags, the most coveted recognition from the seaside towns of Italy.

The door of the Cilento could not be better represented, the majesty of the temples of Paestum will leave you speechless, the Temple of Hera, of Athena and Neptune, three of the most well-preserved, Paestum will make you dive in a time that no longer exists,  ancient and fascinating, also the Museum of Paestum is beautiful, which tells the story of the city of temples and the Greek city and displays the prehistoric collection.

A few steps from Ascea’s beach  there was an ancient city of Magna Graecia and later of Ancient Rome, famous then for the figures of Parmenide and Zenone who founded the Eleatic philosophical school here.  You can see the Porta Rosa built in the 4th century BC which is the oldest example of a round arch in Italy.

Spend a day on this site because it’s really worth it.  La Certosa, a former monastery founded in the 1300s, has been a UNESCO heritage since 2009 along with the Cilento and Vallo di Diano Park and the Archaeological Parks of Paestum and Elea Velia.  The baroque façade, the frescoed rooms, the altars, the largest cloister in the world are just some of the beauties that you will discover.

THE CAVES OF PERTOSA-AULETTA AND THE MUSEUM OF SOIL

One of the shows that nature gives us in Cilento, within the “Cilento” Geopark, are the Pertosa-Auletta Caves.  They are the only caves in Italy that allow you to navigate an underground river, the Negro.  A pleasant adventure, an unusual journey by boat that allows you to explore caverns and cavities shaped by nature in over thousands of years, immersed in a magical silence interrupted only by the roars of the underground waterfall.  And then the Soil Museum, unique in Italy, a singular itinerary of knowledge dedicated to the land … just one word, fascinating!

A walk in the countryside to contemplate these shows of nature.  For these excursions you can dedicate just the time of a walk or you can organize a day in the countryside, a picnic in the woods on the banks of the rivers to refresh and relax.  Here is the Venere’s hair waterfall in Casaletto Spartano, the Laurino waterfall, the Gorges of Heat, the WWF oasis of Morigerati.  I recommend no plastic and don’t leave trash!

Why always stay in the same beach when Cilento offers many different shows!  The Cala degli Infreschi, the Cala Bianca, the beach of the Arco Naturale, the rocks of Ascea, Pioppi, Acciaroli, Baia Arena, Punta Licosa, Trentova, every day a different place to discover.

THE FESTIVALS AND CILENTO “SAGRE”

Surely we cannot forget the food.  So here in the list I would put the Festivals related to Cilento cuisine and typical products. The nice thing is that you will find it at the sea, but also in the mountains, an excellent opportunity to experience a moment of celebration together with the native.

Many people choose Cilento for the beautiful sea, but every day more people want to have different experiences.  Hence the you can find beautiful boat tours, more or less demanding cycling routes, treaking, climbing, or discovering and reliving the Cilento traditions, enjoying the “things of the past” such as a walk on the back or alongside a mule.

THE VILLAGES OF CILENTO

In the Cilento there are dozens of small villages, dating back at least to 1500 AD, which still preserve the heart, history and traditions of the Cilento, in this blog we will try to tell their stories, but it is more beautiful if you come to discover them in person, you could meet a few hundred years old people sitting on a bench with which to chat.